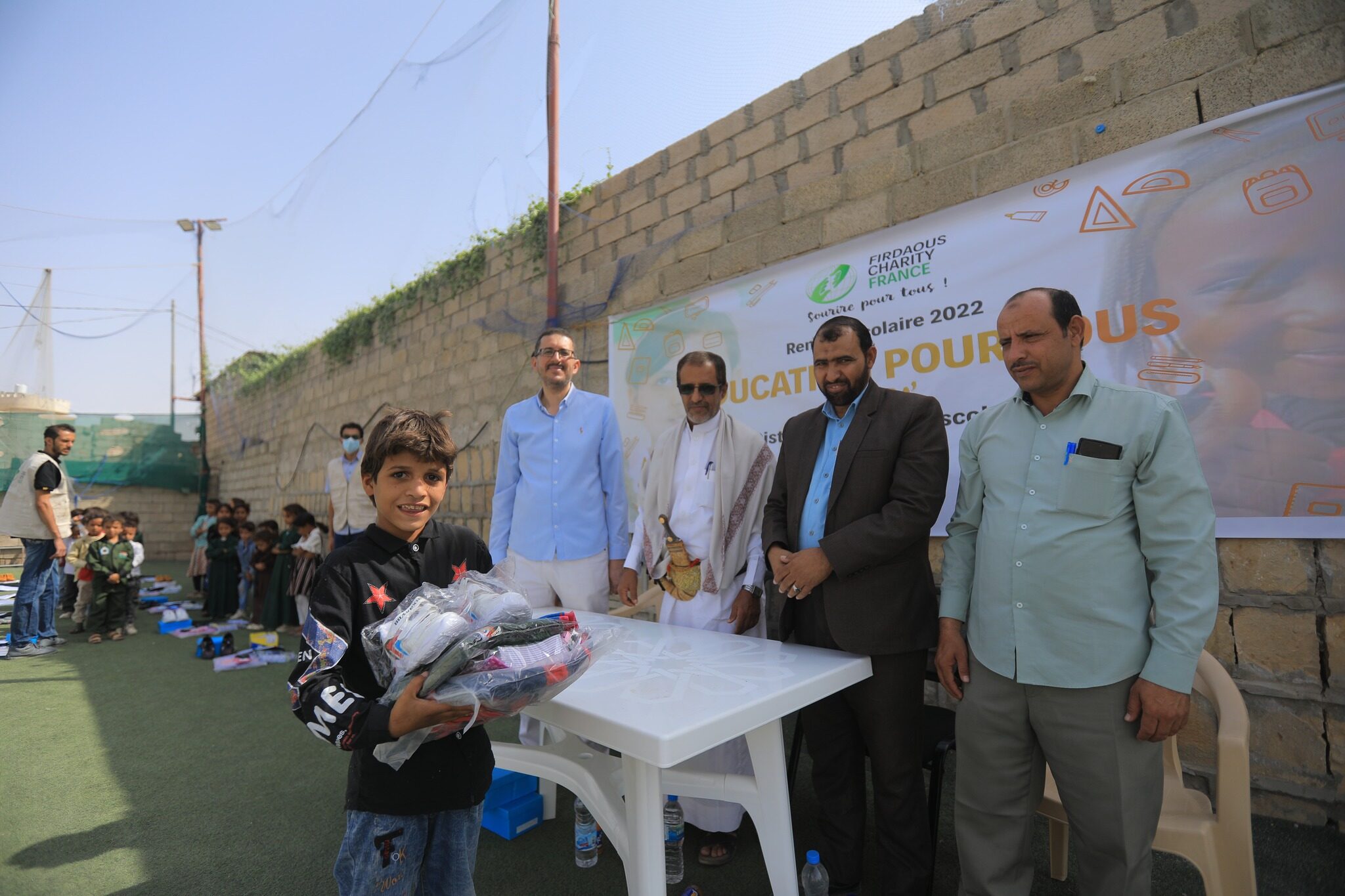 The Yemen International Development Agency has launched a project to support students in the Ma’rib Governorate, at Sama Marib School and Khalid Ibn Al-Walid School in Rumaila, funded and supervised by Firdaus Charity France.
At the inauguration ceremony, in which school bags, uniforms and school supplies were distributed to the beneficiary students, Mr. Abdulaziz Al-Bakri, Deputy Director of the Education Office in Ma’rib Governorate praised the efforts of the Yemen International Development Agency in implementing the student support project because of its importance in motivating students’ continuation in education and supporting the process Al-Bakri also expressed his thanks to the Agency for implementing this project and many educational projects within the governorate.
In his speech, Dr. Abd al-Salam al-Salami, Executive Director of the Agency, explained that the project consists of a package of projects in one project, which includes the distribution of school bags and student supplies, school uniforms, the daily school meal, medical and psychological follow-up and targets displaced students and the most needy in Ma’rib Governorate.
The inauguration ceremony was attended by Mr. Saleh Al-Musai, Director of Examinations in the Education Office, Mr. Yasser Al-Haidari, the representative of the Office to the Organizations, Mr. Jamal Qahtan, Acting Project Manager, and Abdullah Al-Juri, Director of Alliances and Partnerships.